A Classification of Streaming Applications

A Classification of Streaming Applications 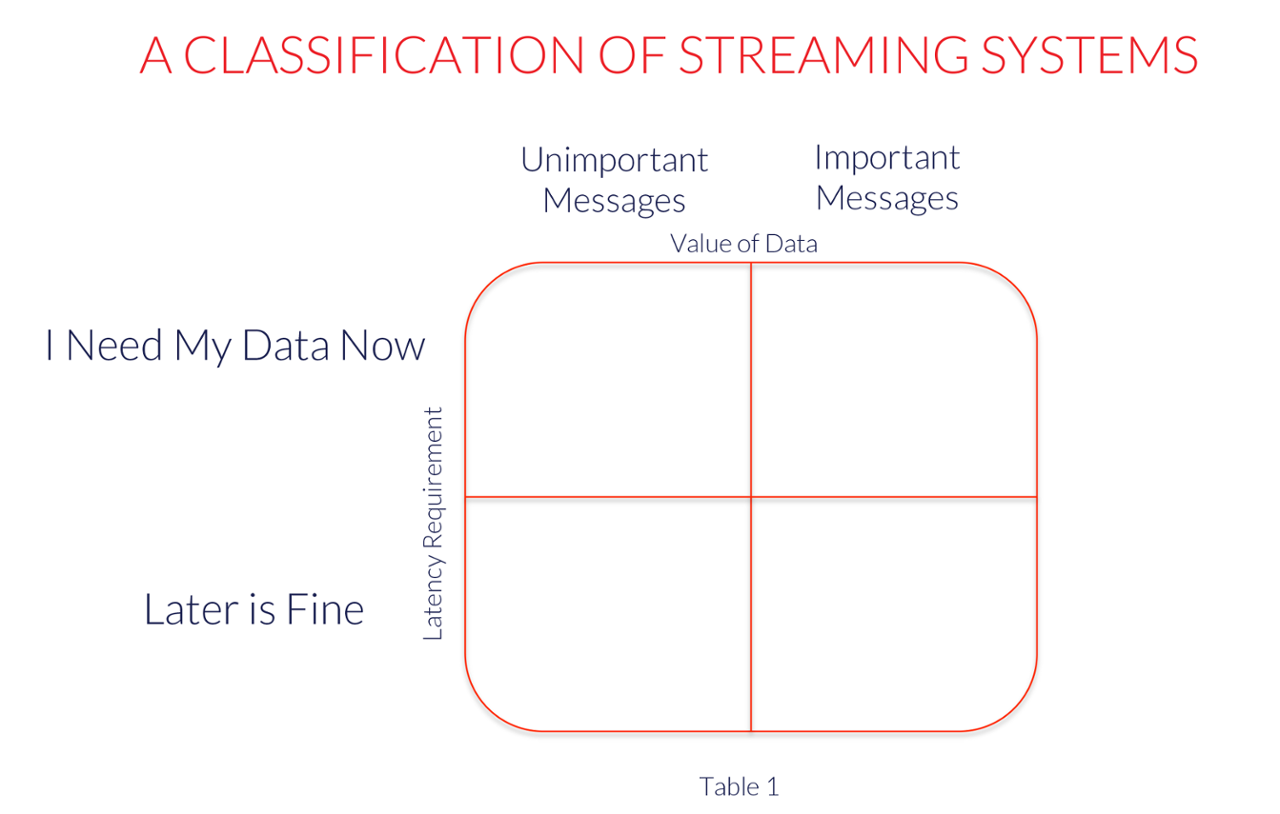 Any given application has latency requirements and falls somewhere on a temporal spectrum, which we have shown in Table 1 as two boxes for simplicity.

The horizontal axis represents a totally different dimension of streaming applications. Consider the trading applications discussed above. If an event is lost, corrupted, inadvertently discarded or processed twice, no great harm is done. If a processing node or the application crashes, then there is a lost opportunity while the application is down. However, over the course of a trading day, there will be many other possibilities. Such applications have messages that are not that important, and the messaging system does not have to be held to demanding standards.

In contrast, consider a second streaming application concerning electronic trading. Here, an example company has multiple electronic trading systems, say in Tokyo, London and New York. A risk management application wants to assemble the real time position of the whole company, for or against all stocks that are traded. The purpose is to “ring the red telephone” if risk exposure exceeds a specific threshold. This is an application where “exactly once semantics” is required. Message loss or corruption renders the whole application invalid. A crash renders the whole application similarly invalid, and High Availability (HA) must be provided. Hence, every message really matters. On the right hand side we see applications that require some-to-all of the following features:

To support such features requires both replication and transactions, or some construct that is equivalent.

Of course there are intermediate cases between “unimportant” and ”important”. As a result, both axes of Table 1 are a continuum, so Table 1 should be considered a discretization of the actual real world.

One last point should be noted. It is always possible to provide the features above through application heroics. For example, it is possible to provide HA on top of a system without HA by implementing replication, failover, and failback in user-level logic. As I have observed on several occasions, this is “rocket science” code that is difficult, tedious and error-prone. Hence, in Table 2 which puts systems into buckets, we assume that such heroics are not used, and we simply report on system features that are available “out of the box”.

In the lower left hand box are batch parallel frameworks such as Hadoop and Spark Streaming. They will work fine as long as you don’t need the answer right away. Neither supports transactional guarantees on data processing, so it is possible to lose or misprocess messages. 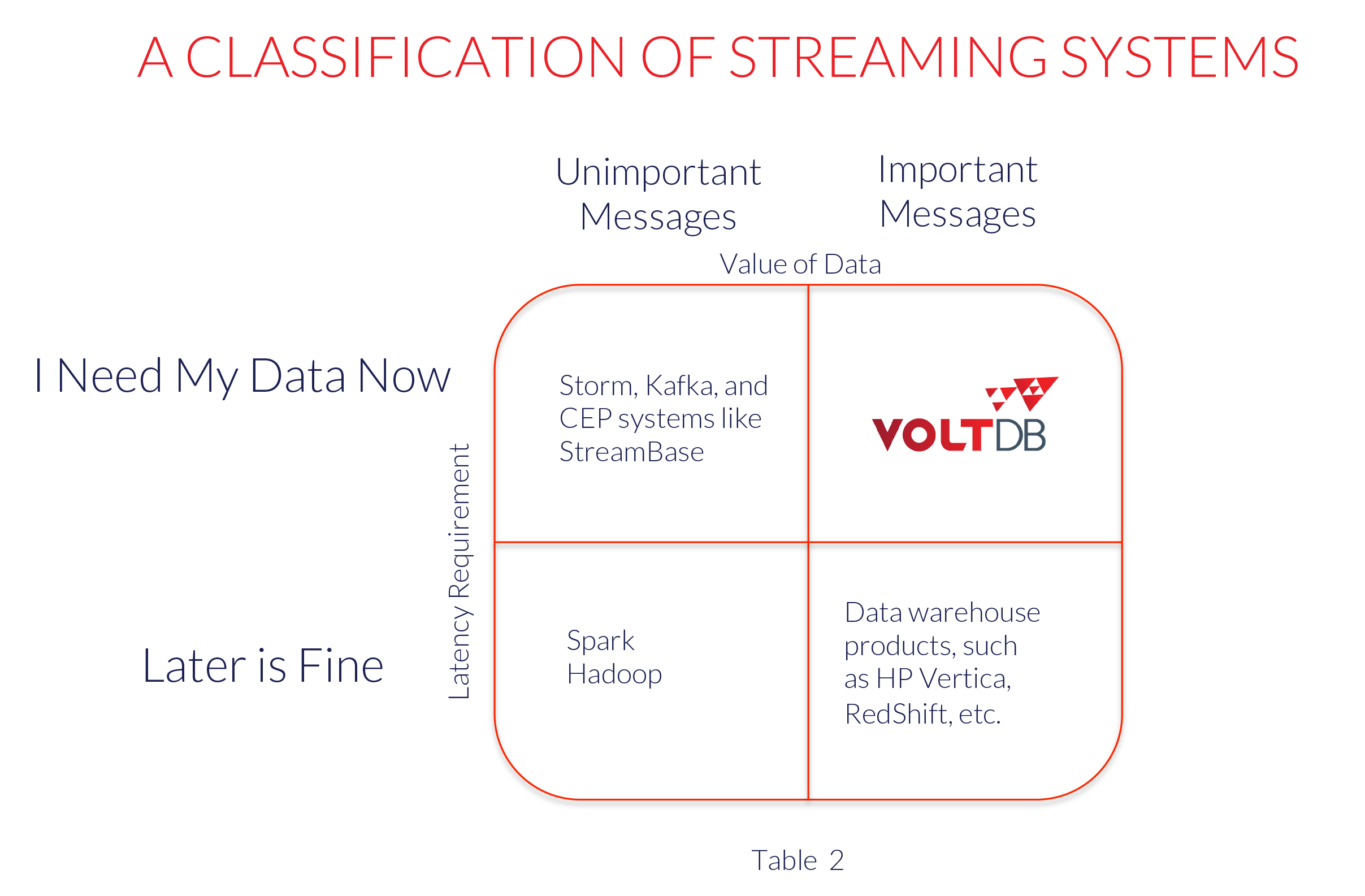 Transactional systems which do not operate in real time include most SQL DBMSs. The legacy systems from Oracle, IBM and Microsoft fall in this category, as sub-second response time is difficult to guarantee because of their legacy architectures. All data warehouse products are also in the lower right hand corner.

In the upper right hand box are transactional systems that support HA and operate with millisecond response times. A good example of this class of product is Volt Active Data.

A final concluding remark can be made about Table 2. Consider the throughput (in messages per second) of the products mentioned. In head-to-head comparisons, Volt Active Data outperforms or is comparable to every product indicated. As a result, the following statement can be made:

You can move to the upper right hand corner with no performance loss!!!!

As a result, any sane consumer should run in the upper right hand corner, as there is no performance penalty for transactional guarantees. Even if you don’t need transactions now, you might want them later. Your successors will probably thank you for adopting a transactional architecture.