Database Technology in a Blockchain World

Database Technology in a Blockchain World

It’s just about official—blockchain has taken over the world.

Or, to be more accurate, the idea of blockchain has taken over the world. In recent months, we’ve seen Long Island Iced Tea Corp. become Long Blockchain Corp. and Kodak revive itself with blockchain aspirations.

These unexpected moves led to some head scratching, but also to significant stock price increases. However, the hype surrounding blockchain doesn’t mean we’ve even scratched the surface of the technology’s enterprise potential. 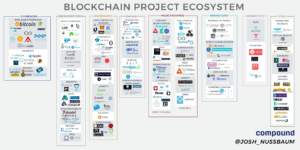 Even still, the ecosystem of blockchain projects is quickly filling up. And the landscape will only become more crowded as the world’s largest companies work through the R&D process.

Blockchain’s potential to change the economic, social, and political worlds is clear. But there’s still plenty of confusion surrounding the topic.

At first glance, it may seem like a new type of database. However, a closer look shows that blockchain and translytical databases are better together.

Blockchain as a Database Isn’t Enough for the Enterprise

Part of the confusion surrounding blockchain is that it’s often equated to its most mature use case — Bitcoin. For Bitcoin, blockchain acts as a digital ledger for peer-to-peer transactions that are (generally) far more secure than other currencies and payment methods.

While cryptocurrencies have experienced bumps along the way, they’ve showcased a few significant benefits of blockchain:

However, the Bitcoin-iteration of this technology also shows why blockchain isn’t a direct replacement for your enterprise databases. The massive focus on fraud and security features built into cryptocurrency iterations of blockchain result in performance degradation. To harden the system against advanced cyber attacks, it’s intentionally difficult to write to cryptocurrency blockchains.

As a result, these iterations of blockchain have extremely low throughput, extremely high latency, and low capacity—none of which is acceptable for, as an example, mission-critical trading systems in financial services.

Rather than trying to force blockchain to work as a database replacement, take advantage of your database technology to unlock blockchain’s benefits.

Blockchain, for all its benefits, is missing the real-time analytics, native clustering, ACID transactional consistency, and the familiarity that comes along with NewSQL databases.

When you can implement a NewSQL database as the support structure for blockchain, you can address the throughput, latency, and capacity concerns while also adding support for querying.

We’ve discussed NewSQL in the past, but it bears repeating that it balances the best of traditional operational databases with the scalability and speed of NoSQL databases.

But to apply these benefits to blockchain use cases, you need the added SQL capability of recursive common table expressions (CTEs). With recursive CTEs, enterprises can establish the secure relationships within services while also meeting modern performance demands.

To help businesses further explore the immediate and long-term benefits of blockchain, we’ve introduced a number of new features in our V8 version. With Volt Active Data V8, we’ve added support for CTEs and recursive CTEs for graph traversal. As a result, our customers have been able to explore blockchain projects that include complex policy enforcement, high transaction rates, and demand low latency.

Ready or not, blockchain is poised to revolutionize just about every industry. We may not be at the point of widespread, practical deployment, but that doesn’t mean you can sit back while competitors explore blockchain.

If you’re ready to leverage database technology to build blockchain services in your business, contact us today to learn more about the latest version of Volt Active Data, or download right now!

The Humble Cloud Architect: What is your Cloud Database Strategy?

Volt Active Data has a dedicated team of writers on hand to bring you technical updates.