Who will win in the IoT?

Who will win in the IoT?

Let’s talk about The Internet of Things, or “IoT”. You cannot turn a page lately in the technology press and not see those three letters. The buzz is that IoT is a revolution. IoT is transformative. IoT is unavoidable – all true. Some suggest Internet of Things (IoT) is the next big paradigm shift – bigger than the Industrial Revolution, more game-changing than the Internet.  It will affect pretty much every industry.

The big question is, who will be the winners in IoT? Who is poised to look back and know they had the competitive advantage?

In a word: Telcos. Telcos are uniquely positioned to not only succeed, but excel in the age of IoT.  If you’re a telco today, – “I – O – T” should be your favorite three letter combination. Why?

IoT devices are going to produce an avalanche of data, and Telco providers have a proven pedigree of processing avalanches of data. Today, Telcos reliably support and manage billions of devices in a market in which  growth is staggering. Consider:  in 2016 alone, mobile data traffic increased 63%. Consider: in the next 5 years (2016-2021); estimates are that mobile traffic will increase 700%.  Consider: in the past 5 years (2011-2016), mobile traffic volume has increased 18x!  The bottom line: IoT represents an avalanche of data, and Telcos are proven experts in handling avalanches of data.

Telcos Know How to Handle Millions of Devices

Day to day, Telcos handle traffic from hundreds of millions of devices.  IoT will add to the pressure and number of devices. Many believe the leading use case is Industrial Automation. At the 2016 Paris Air Show, Pratt & Whitney highlighted their Geared Turbo Fan Engine, which includes 5,000 sensors generating up to 10GB of data per second!  On a twin-engine flight of 12 hours, that’s potentially 844TB of data. The entire Facebook network – globally – generates only about 600TB of data in a day!.  Pratt & Whitney has 7,000 of these engines on order – meaning one product alone will generate zetabytes of IoT information.

According to Cisco’s VNI report, by 2021 there will be 1.5 “connected devices” in the ‘Net – per capita. That means 12 billion devices will each be generating IP traffic continuously, representing over 20% of all IP traffic globally. Only Telco has the pedigree – and the infrastructure – to handle this many devices and this much data.

Telcos Can Infer Critical Value From High Volumes of Data

What will the IoT revolution look like? It will start with high-volume, financially impactful use cases – things like:

IoT will be less about handling the data – there are many ways to do that – and more about deciphering exactly which critical pieces of data are meaningful and worthy of attention:  finding and alerting on errors in production, lateness in deliveries, anomalies in processes, fraud in a network, etc. As a consequence,  IoT requires expertise in finding “needles in haystacks.”  Who does this well? Telcos!

Each time you pick up a handset or a device, a Telco authorizes you onto the network, dispenses service based on your preferences and balances, monitors your network performance and treatment, and processes megabytes and gigabytes of data before deciding discrete things to bill you for.  Using the example of a streaming movie – gigabytes of data pass on the wire, but really, the only meaningful event is the $10.99 charge on your bill. Telcos are the ideal providers of critical decision making for IoT networks; they’ve been doing this for years.

And more challenges are ahead for IoT…

Data speeds and volumes will continue to increase in networks.  The data avalanche will come in real-time – and decision making will have to evolve to real-time as well.  Batch, or fast-batch processes, will not be enough. A report to the CEO at the end of the month confirming major production errors is useless – that information needs to be addressed when it’s happening. Only real-time – Telco real-time (within milliseconds on the network) systems and solutions will do.

IoT is a porous business model.  Almost every device can be a customer of the network.  Each and every device can demand and dispense information to more than one endpoint. The consumers of IoT data may be the device owner, the manufacturer, partners, advertisers, supplier networks, 3rd party vendors – it’s not always clear. The challenge with IoT is that traditional OSS/BSS functions such as billing need to be flattened out and bifurcated – per device, per service, and with flexibility to change. Telcos that invest in real-time, flexible databases will win, because the inflexible, batch monolithic systems of the past will not be good enough.

Security and Control are centerpieces of IoT.  IoT means multiple devices may connect to potentially multiple networks,requesting and reporting information. Network “smarts” will need to be pushed as close to the devices as possible, guaranteeing the security and network performance of those transactions. Telcos have a proven pedigree in providing security and performance at the transaction level; this will be their advantage in the IoT world.

IoT needs Service Clouds. Multiple devices will potentially connect to multiple networks – which may include wireline and wireless networks – requiring a “Service Cloud”.  Telcos have proven success in this model,having reliably interconnected to each other. Additionally, creating revenue opportunities between their networks and other carrier’s networks (home subscribers versus “roamers”) is a proven part of Telcos’ core strengths and skills.

The bottom line: nobody is better positioned for success in IoT than today’s Telco providers. While IoT will be a business revolution, for Telcos it represents an evolution of their core skills and talents. Telcos are already experts in handling diverse data, at high speed, in huge volumes, with security, and with guaranteed performance in an interconnected world, while monetizing the data.

To learn more about how Telcos can thrive in the age of IoT. Download our pre-recorded webinar, “Surviving IoT: How Telcos Can Survive the Next Industrial Revolution”. 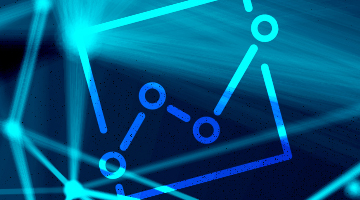