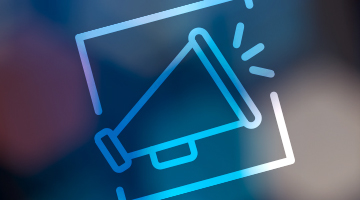 BEDFORD, MASS. – Jan 16, 2023 — Volt Active Data, the only no-compromise data platform built to support applications that require speed, scale, and consistency, today announced the launch of Active Streaming Decisions [Active(SD)]™, an ultra high-speed decision-making engine that will allow companies to apply the power of the Volt Active Data Platform to problems that can’t be solved by other Kafka ecosystem products.

“This is a tremendous opportunity for companies to finally be able to easily add intelligent decisioning to Kafka data streams and thereby fully capitalize on the massive amount of valuable data that Kafka streams into systems,” Volt CEO David Flower said.

With its foundation in the already battle-tested and proven Volt Active Data architecture, Active(SD) ingests event data directly from Kafka topics as the data is created and where it’s created, tapping the power of machine learning and advanced analytics to uncover insights and make immediate, mission-critical decisions, which are then sent back to Kafka so an action can be taken while the data (and resulting action) is still relevant.

“The key is that Active(SD) allows companies to fully and affordably capitalize on the data speed and scale that Kafka enables, and that’s a huge advantage,” Flower said. “The resulting decisions, made in single-digit milliseconds, can unlock in-the-moment monetization opportunities, prevent revenue loss from fraud or intrusion, or reduce operational revenue erosion.”

While there are several choices to consume data from Kafka for further processing downstream, such as loading into a data lake or warehouse for offline processing and reporting, Active(SD) is the only product designed specifically to facilitate event-time, in-stream decisions in less than 10 milliseconds to proactively drive real-time actions, making it the fastest path from event to action for Kafka-powered applications.

About Volt Active Data
The Volt Active Data Platform enables companies to unlock the full value of their data and applications by making it possible to have scale without compromising on speed, accuracy, or consistency. Based on a simplified stack and an ingest-to-action layer that can perform sub 10-millisecond decisioning, Volt’s unique, no-compromises foundation gives enterprises the ability to maximize the ROI of their 5G, IoT, AI/ML, and other investments, ensure “five 9’s” uptime, prevent fraud and intrusion, deliver hyper-personalized customer engagement, and save on operational costs.
Media Enquiries
Adrian Scholes, Chief Marketing Officer
ascholes@voltactivedata.com
Previous Post