The ACID properties and the CAP theorem are two important concepts in data management and distributed systems. It’s unfortunate that in both acronyms the “C” stands for “Consistency,” but actually means completely different things. What follows is a primer on the two concepts and an explanation of the differences between the two “C”s.

The idea of transactions, their semantics and guarantees, evolved with data management itself. As computers became more powerful, they were tasked with managing more data. Eventually, multiple users shared data on a machine. This led to problems where data could be changed or overwritten while other users were in the middle of a calculation. Something needed to be done; so the academics were called in.

The “ACID” rules were originally defined by Jim Gray in the 1970s; the acronym was popularized in the 1980s. ACID transactions solve many problems when implemented to the letter but have been engaged in a push-pull with performance trade-offs ever since. Still, simply understanding these rules can educate those who seek to bend them about the dragons they may encounter.

A transaction is a bundling of one or more operations on database state into a single sequence. Databases that offer transactional semantics offer a clear way to start, stop, and cancel (or roll back) a set of operations (reads and writes) as a single logical meta-operation.

But transactional semantics do not make a “transaction.” A true transaction must adhere to the ACID properties. ACID transactions offer guarantees that absolve the end user of much of the headache of concurrent access to mutable database state.

The value of ACID transactions is argued in the seminal Google F1 paper:

The system must provide ACID transactions, and must always present applications with consistent and correct data. Designing applications to cope with concurrency anomalies in their data is very error-prone, time-consuming, and ultimately not worth the performance gains.

What does ACID stand for?

Many also argue the acronym itself is a bit forced. Specifically, the “C” is not like the others. These critics are right, but it seems hard to deny that the quality of the acronym has, in part, driven the success of ACID as a concept.

CAP is a tool to explain trade-offs in distributed systems. It was presented as a conjecture by Eric Brewer at the 2000 Symposium on Principles of Distributed Computing and formalized and proven by Gilbert and Lynch in 2002.

What does CAP stand for?

The typical CAP definition says: You can’t have all three. Here’s a more practical way to think about CAP: In the face of network partitions, you can’t always have both perfect consistency and 100% availability. Plan accordingly.

To be clear, CAP isn’t about what is possible, but rather, what isn’t possible. Thinking of CAP as a “You-Pick-Two” theorem is misguided and dangerous. First, “picking” AP or CP doesn’t mean you’re actually going to be perfectly consistent or perfectly available; many systems are neither. It simply means the designers of a system have at some point in their implementation favored consistency or availability when it wasn’t possible to have both. 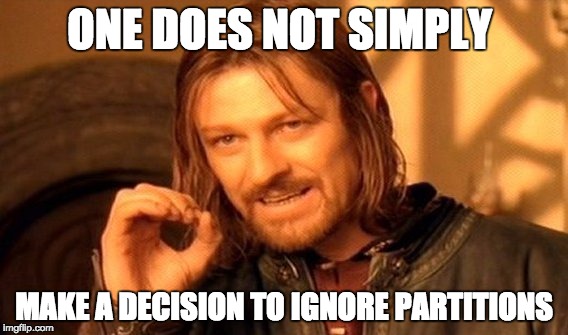 Must Read: 5G and Its Impact on BSS

CAP consistency promises that every replica of the same logical value, spread across nodes in a distributed system, has the same exact value at all times. Note that this is a logical guarantee, rather than a physical one. Due to the speed of light, it may take some non-zero time to replicate values across a cluster. The cluster can still present a logical view by preventing clients from viewing different values at different nodes.

The most interesting confluence of these concepts occurs when systems offer more than a simple key-value store. When systems offer some or all of the ACID properties across a cluster, CAP consistency becomes more involved. If a system offers repeatable reads, compare-and-set or full transactions, then to be CAP consistent, it must offer those guarantees at any node. This is why systems that focus on CAP availability over CAP consistency rarely promise these features.

The internet is full of blog posts on CAP (I apologize for adding one more). They range from educational to editorial. Some are great. Many are terrible. Be careful not to rely too much on one source. Below is a collection of links interesting to me. I don’t endorse every word written, but each adds something useful to the discussion.